Field Mice...Memoirs of a Migrant Child 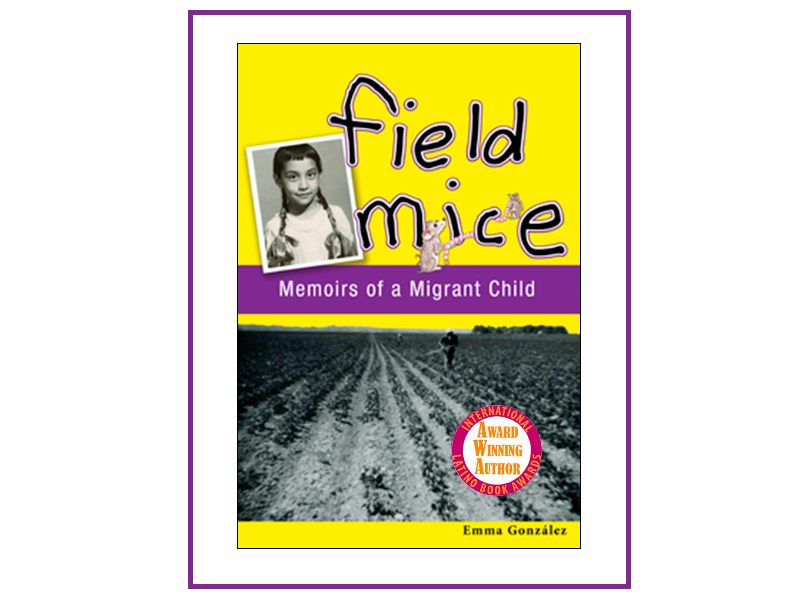 Emma’s memories from age 5 to 15 allow us to share the ups and downs, the joys, the sadness, of the migrant life in the U.S. in late 1950s and 60s, through the eyes of a child. Her gifted use of imagery allows us to experience snippets of her life. Her later in life writing career was inspired by the Blessed Mother Teresa who guided her to write.American born Emma Gonzalez was trapped in the nomadic lifestyle which spiraled downward economically during those ten years. She was dragged from Ovid, Colorado to Texas. Ironically, her stability was in Ovid where her teachers, classmates, and the town “adopted” this lost migrant kid.Moving was a way of life for her naturalized migrant American family. Emma tells in short, vivid vignettes of her struggles to overcome the pressures to keep her as insignificant as the field mice she played with to persevere, educate herself, to succeed in multiple business ventures, finally discovering her calling in the criminal justice system advocating and assisting victims of crime.The only child of the later in life marriage, decades younger than her half siblings, Emma was an after thought, an encumbrance, something to be left at the edge of the field all day and picked up they went home. Yet, Emma had hope, symbolized by the wearing of her pearls, she focusing on a better life. She learned “your family doesn’t provide a better life for you; you have to go out and make it yourself.” These vignettes illustrate her strength of character, her determination for HER life. She used the family’s Green Stamps, not for toys nor games, but for books. From these books she learned about other countries that were far beyond her reach. A whole world existed beyond the migrant life.She developed a sense of adventure and now loves to travel to these far off places. Emma’s joy in her life is her husband and family.IN HER NEXT BOOK, “PATHS OF PEARLS”, Emma writes about her life after migrating. From age 15 she struggled to shoulder the financial burdens after her father’s death, to support her mother and herself, while pursuing her education. After 50 years, she travelled to Ovid, Colorado to revisit her childhood places and reunited with childhood friends and neighbors. She will share stories of other migrant children that overcame similar obstacles.